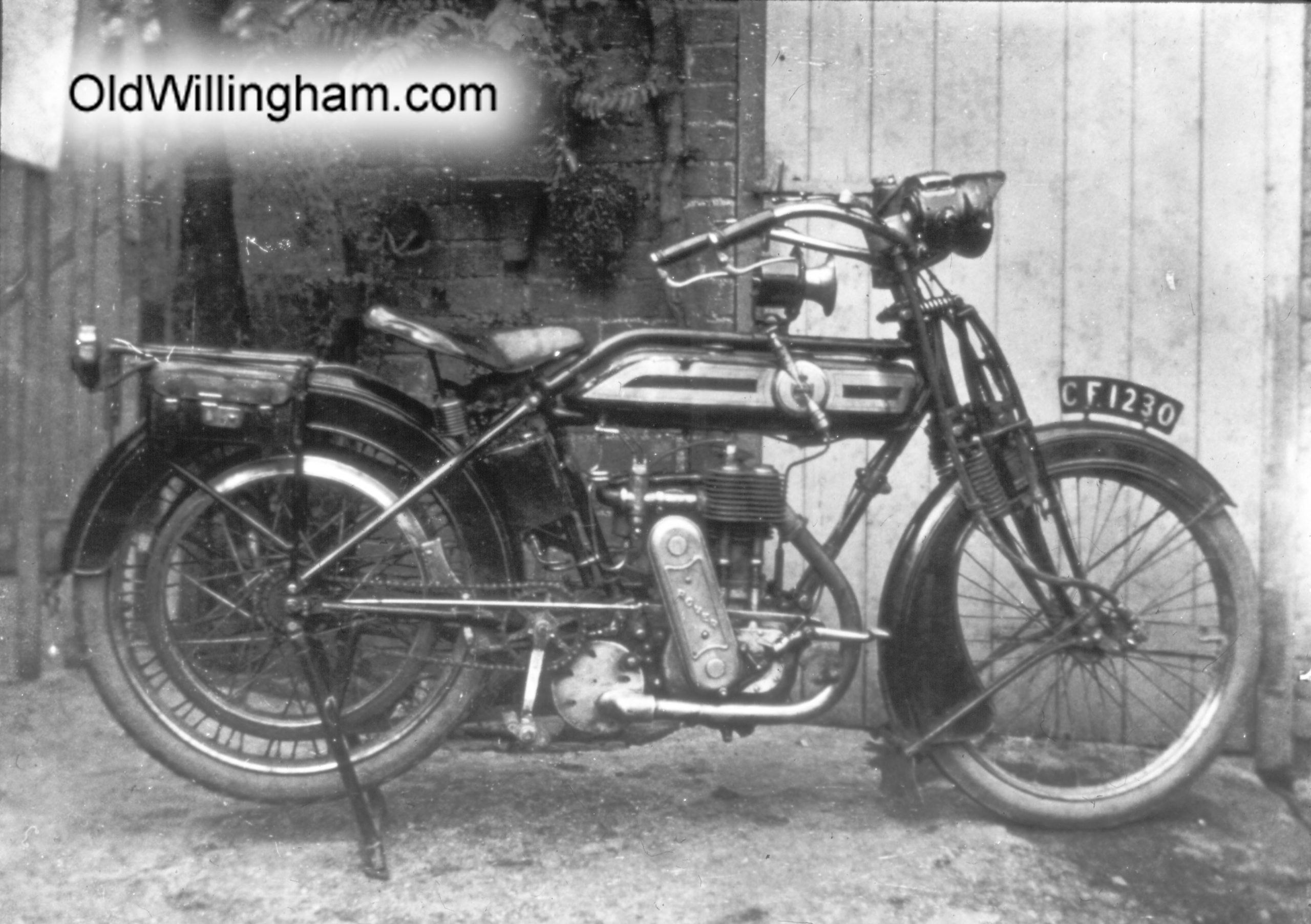 This motorcycle was presumably owned by someone in the village although we don’t know who. Undoubtedly, they were very proud of it to take this picture. It is a Rover Imperial probably of around 1913. Although now known manly for cars, Rover started with cycles and then made motorcycles from 1902-1924. Although it had a 500cc engine, this only produced 3.5HP which doesn’t sound much today. However, it was enough for Rover to win 6 gold medals in the M.C.C. London-Edinburgh (and back) race using this model. This bike would cost you nearly £49 – a lot of money in those days and would have been much admired in the village.