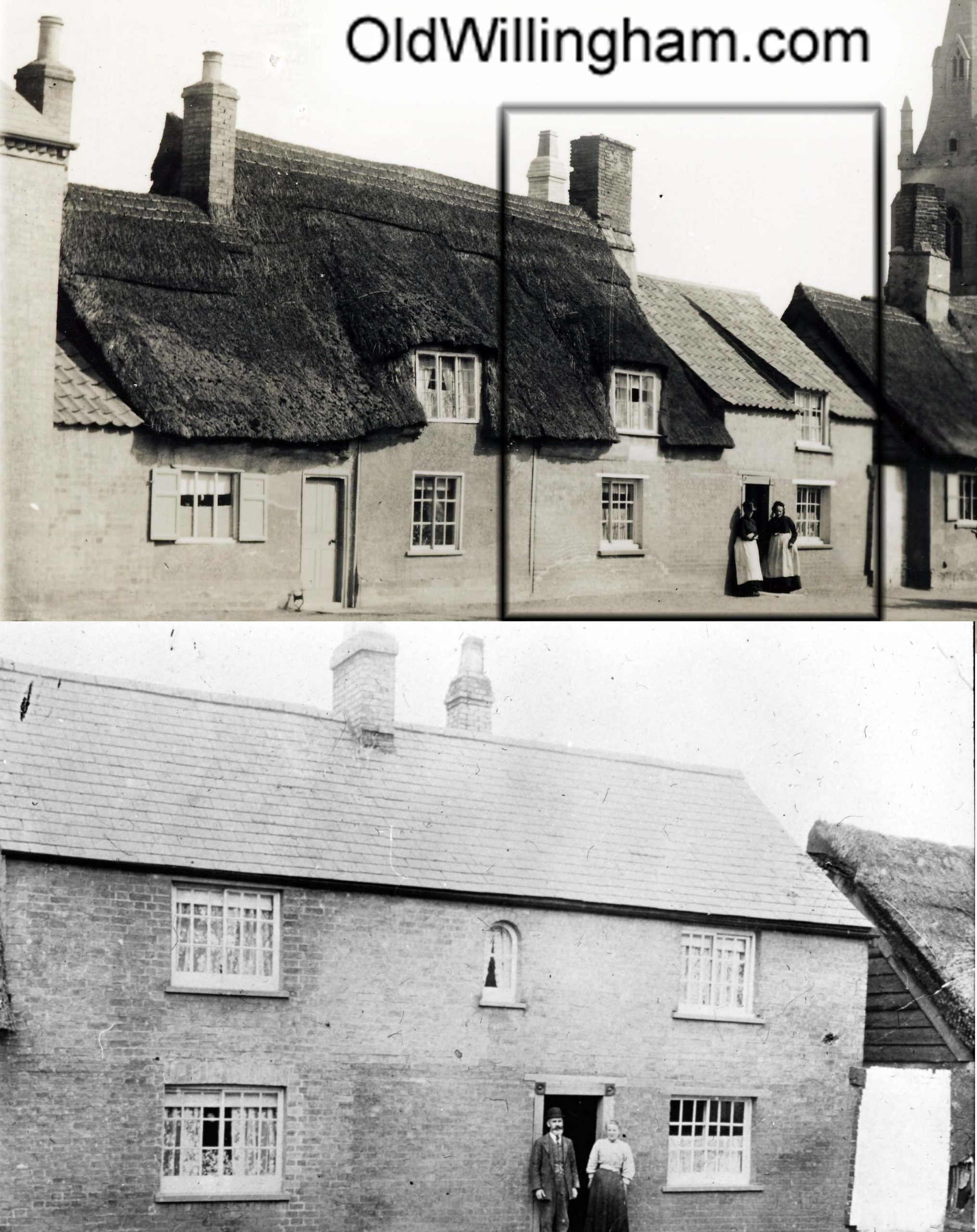 I have to eat humble-pie this month. In August we had a picture of Church St. by the baker and I said “none of these buildings remain today”. I was corrected by Lou & Pete Evans as follows:

“the right hand part of the thatched house with upper windows and the house next door became what is now 5 Church Street, where we now live. No 3, seems to have been built later and apparently replaced the low thatched building. There is now an alley way between no 3 and no 5, replacing the left most part of the taller thatched building. No 5 was also a baker’s at one time, and had a chimney which we think is the paler of the two chimneys in the photo. We have a brick floor and large oak beam in one of the front rooms which has absolutely no foundations. According to the deeds that part predates 1850, that being as far back as records go.”

The lower part of the photo shows the house that was constructed out of the old ones. You can see how the door and windows are in the same places. I could be excused for not knowing this, especially as it looks even more different today. Thank you to Lou & Pete for this interesting history.