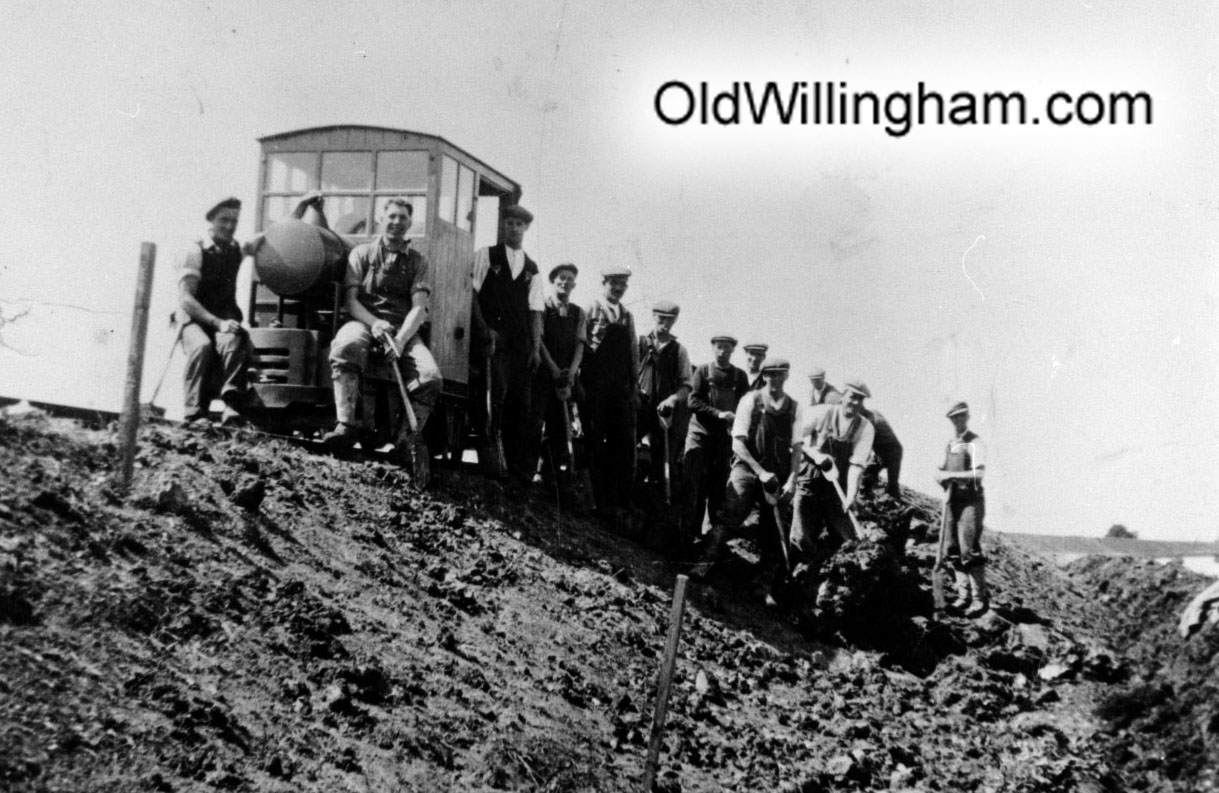 In the late winter of 1947 there was major flooding throughout the country due to heavy rain and melting snow. Willingham and the surrounding villages were badly affected. Here is a diary entry for March 17th: “Although the day broke quietly after the over-night hurricane it became apparent that the weary workers’ efforts to keep the flood in check were in vain. First light revealed a 12 foot breach in the bank of the Ouse at Over and thousands of acres were inundated. The water reached Earith and the Old West River, and the low lying areas of the villages of Over, Willingham, Fen Drayton and Swavesey, and the surrounding fenland.”
The challenge was how to fill the breach in the river dyke wall. In the end they brought in an ex World War 2 landing craft and dumped it into the breach, filling on top with soil. The West River Dyke was badly damaged and this month’s picture shows the work crew who rebuilt the dyke walls with picks and shovels using a small railway installed for transporting the soil.