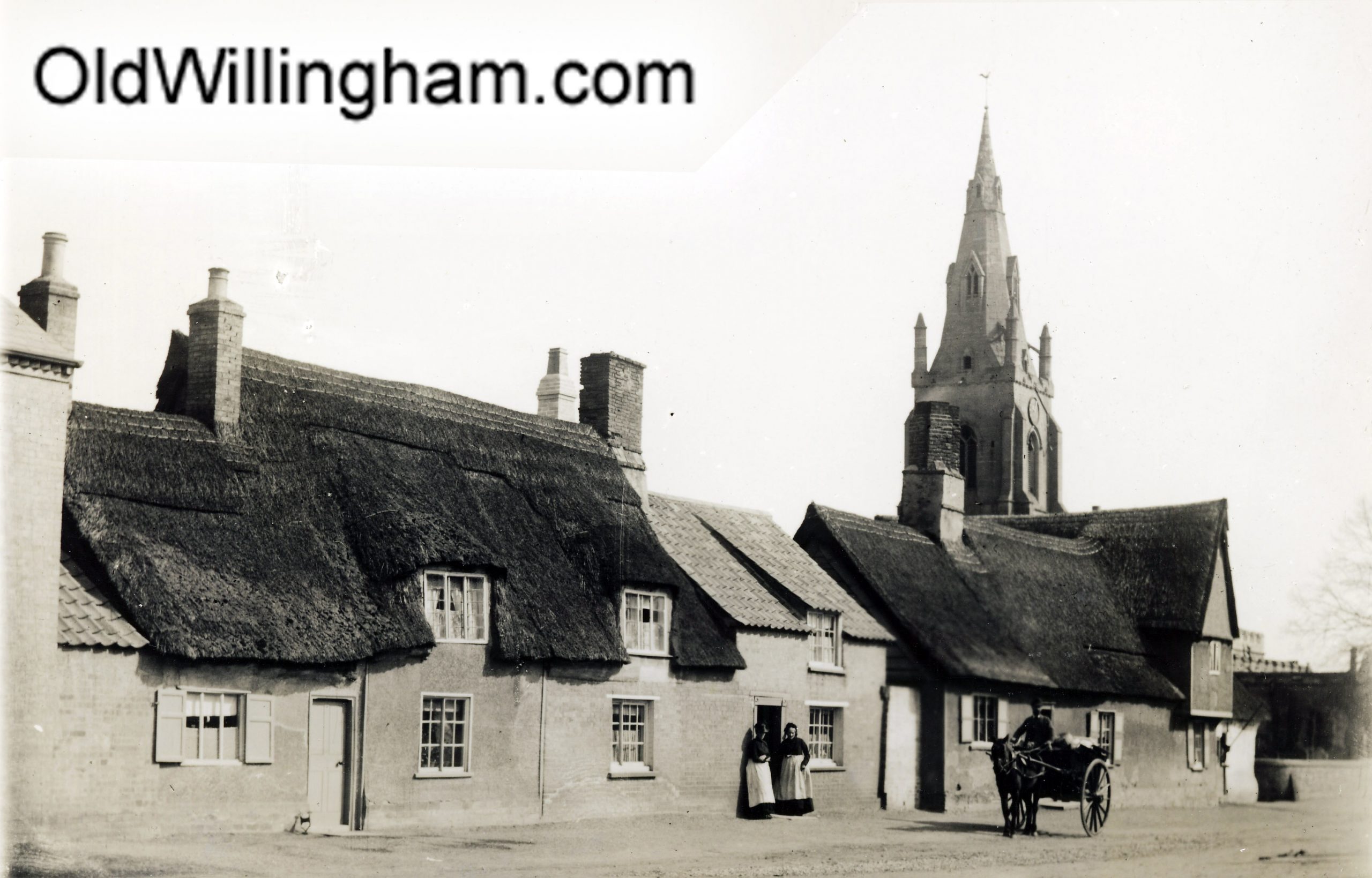 Here is a classic photo of Church St. at the end nearest the Co-Op taken in about 1895. The large thatched building on the right was a bakers – as it is today. The chimney shows a large “inglenook” open fireplace – indicating that the building was very old. None of these buildings remain today – replaced by a row of new houses of differing styles in the early 20th Century. We know that the bakery burned down – maybe the open fire was not such a good idea. This made room for the houses near Church Lane. However, it’s quite hard to map the houses today onto the footprints of the old buildings so if you have more information please let me know.

Message received from Lou and Pete Evans in response to this:

Just for your information, we beg to differ on your statement about the photo of Church St in the September issue of Willingham News, that none of the buildings remain and have been replaced by a row of early 20th century houses.

Close inspection of other photos in the old Willingham collection show that the right hand part of the thatched house with upper windows and the house where the two women are standing became what is now 5 Church Street, where we now live.  The taller house on the far left of the picture is no 1, and no 3, which seems to have been built slightly later than no 1, apparently replaced the low thatched building.  There is now an alley way between no 3 and no 5, replacing the left most part of the taller thatched building.  No 5 was also a baker’s at one time, and had a large chimney (now removed) which we think in the photo is the paler of the two chimneys close together.

We have a brick floor and large oak beam in one of the front rooms, and absolutely no foundations in the older, front, part of the house.   According to the deeds that part predates 1850, that being as far back as records go.  5 Church Street now stands conspicuously lower than our neighbours, which certainly are much newer.