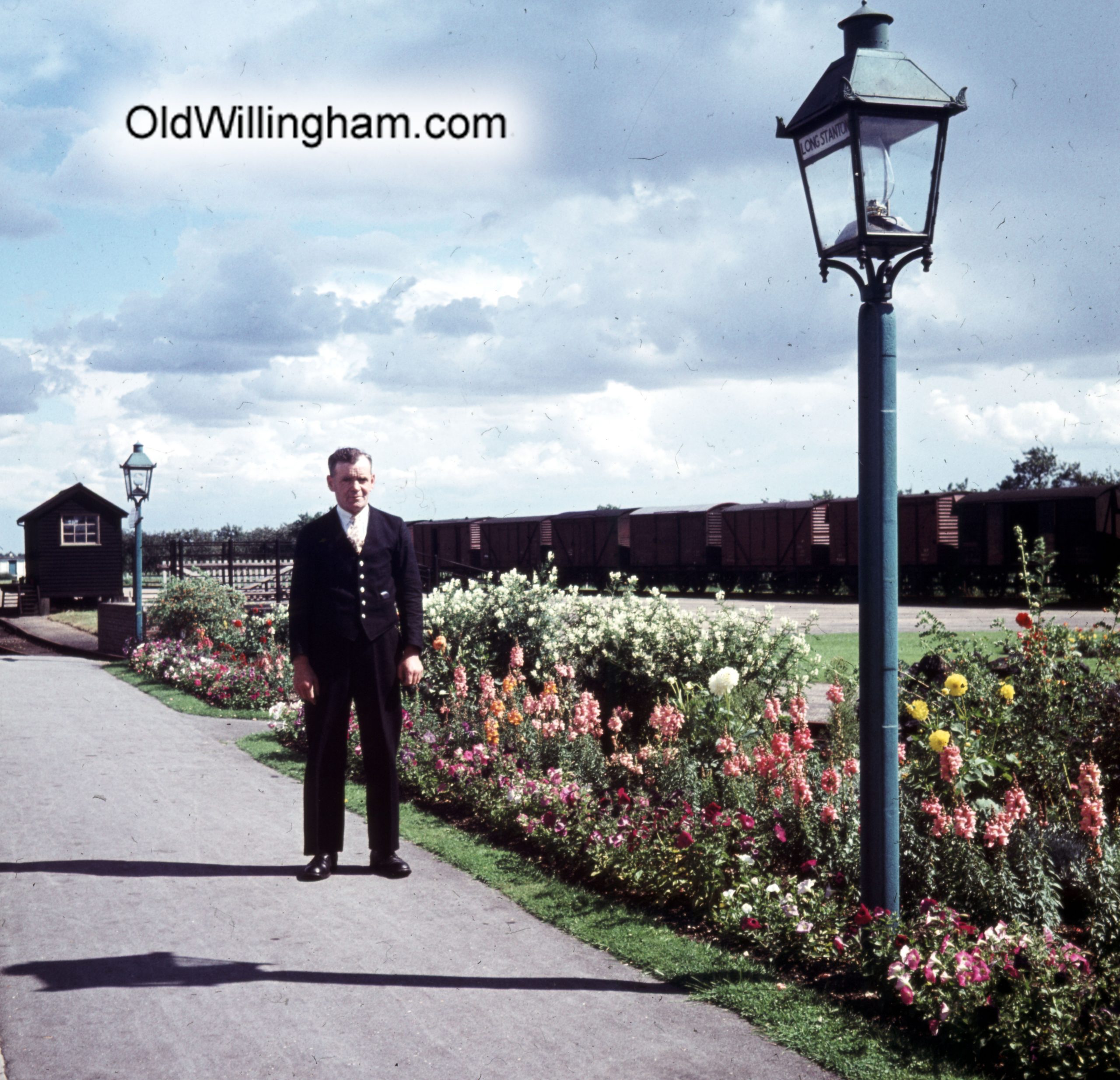 Here, in the 1960s, we see Charlie Ingle who was station master at Longstanton station for many years. He is not at the botanical gardens – he is standing at the end of the east-bound platform! You can see the wagons in the siding behind where goods would be loaded and unloaded. Charlie took great pride in his station and won the “best station garden” award for the line. The station was opened in 1847 and the line was an important route for goods, bypassing Ely and being strong enough for the heaviest trains. Passenger traffic was always light however, and the line became goods only after 1970 and closed in 1992. Now, of course, the guided busway runs through what remains.