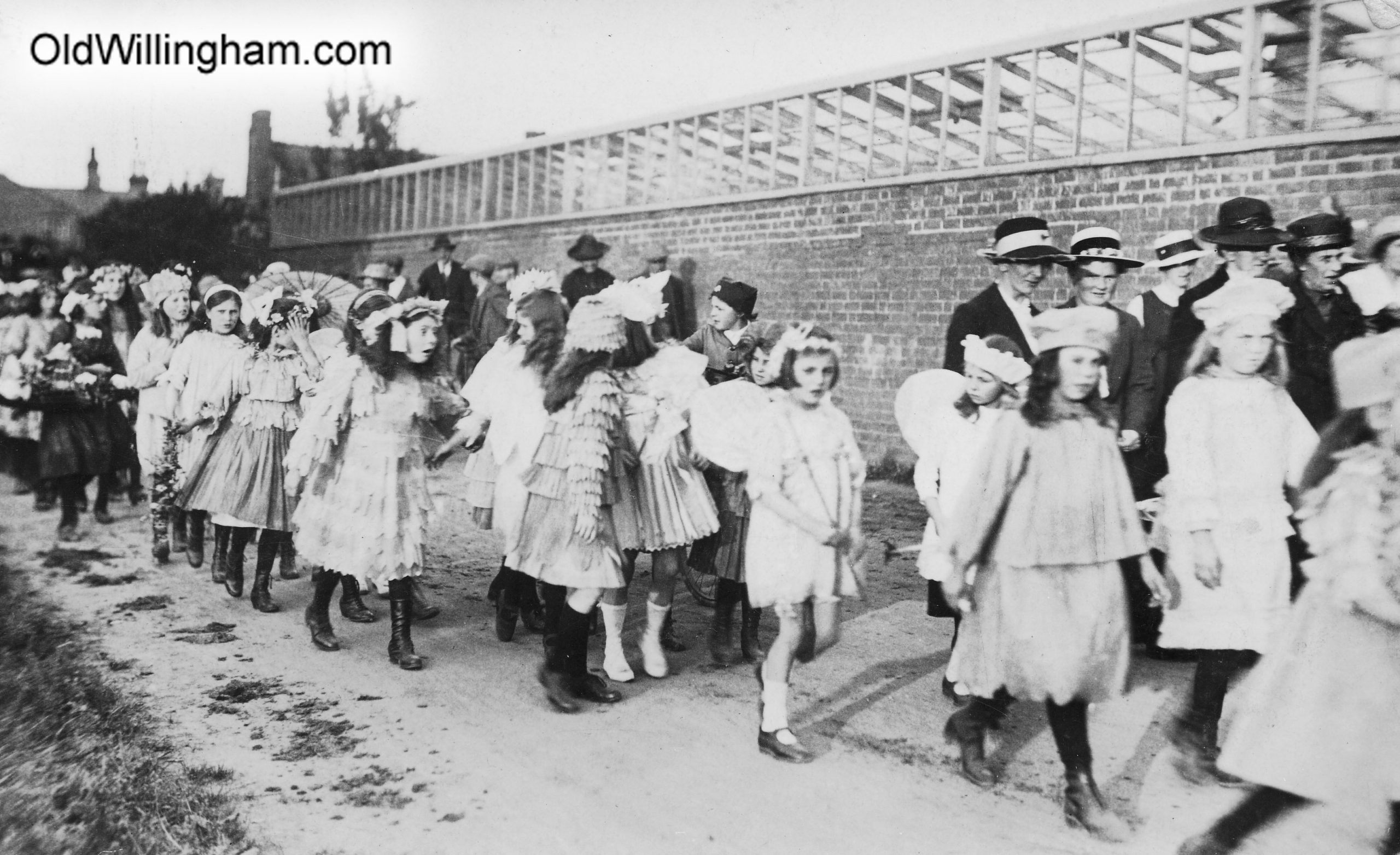 Parades were a popular feature of village life with the annual “field day” and “hospital day” parades. These were often used to raise money for the village in a time when there was no government funding. This group of girls are part of a parade heading up Long Lane towards Berrycroft, probably in the 1930’s. Today the school playing field would be on their right. Note that Long Lane is a gravel track at that time. The greenhouses behind them are Thoday’s Vineries which covered the whole area including what is now Pyrethrum Way. They have angular roofs and if you now look at the bungalows that were built in their place, you will see that the roofs have the same angular shape in memory of the greenhouses.