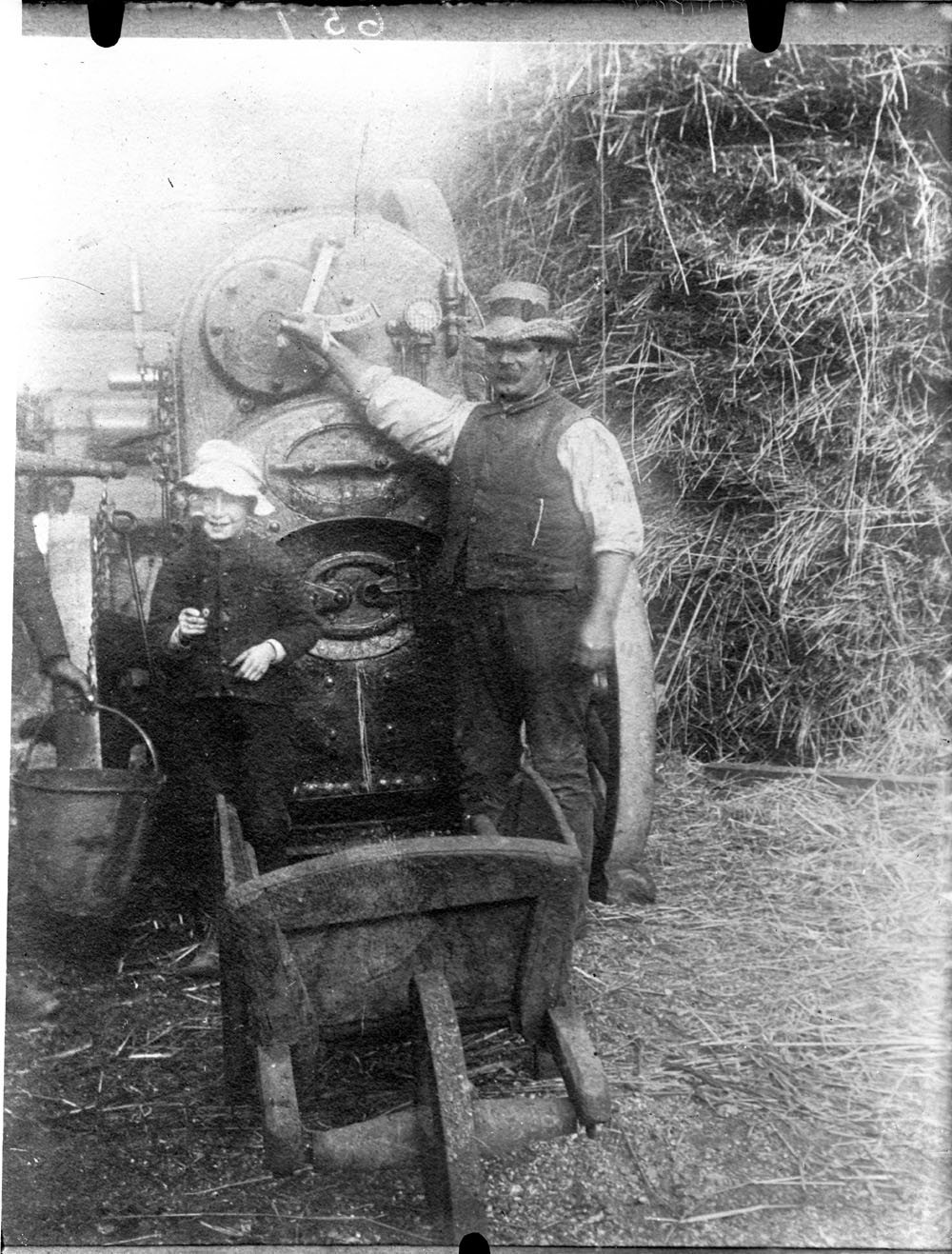 Here we see the business end of a steam traction engine, in full operation judging by the steam at the top of the picture. Such engines travelled from farm to farm and revolutionised the process of threshing the wheat – that is separating the wheat grains from the straw. We happen to know that this is George Hopkin and his son Sidney. In his turn Sidney was the father of Eric Hopkin, known to many, making three generations of village residents. George Hopkin died in 1909 when Sidney was 14 which would place this photo about 1905. George is holding the steam regulator lever that is like an accelerator on a car. Sidney is proudly holding some other lever – no doubt he had a job to do!