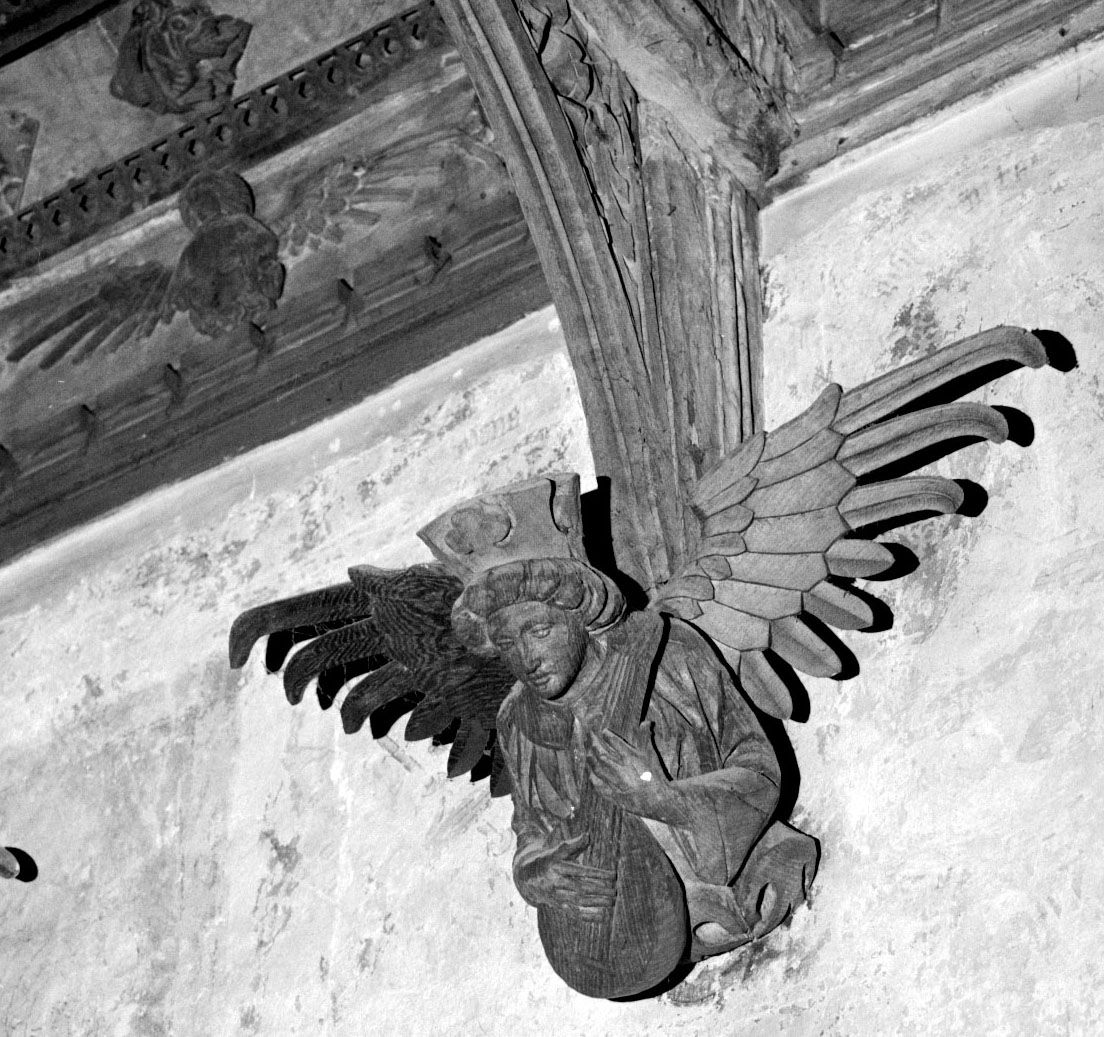 If you look up at the roof in our medieval church you will see several carved angels like this. It’s worth walking round and looking at each one because they are all different. One is holding a hammer, one a pair of pliers, one holding large nails and this one is playing a lute. You might think these angels are very old but, in fact, they were carved around 1900 when the church was restored. However, the roof itself is very old. In fact, it was second hand when installed in 1538 being moved from Barwell Priory in Cambridge which was then being demolished. The roof was a bit too wide for our church and had to be squeezed up a bit so that the beams are not quite vertical and, eventually, required steel bars between the walls to stop the roof pushing the walls out. The inspiration for these angels came from the ones carved in relief in the runner boards of the old roof.