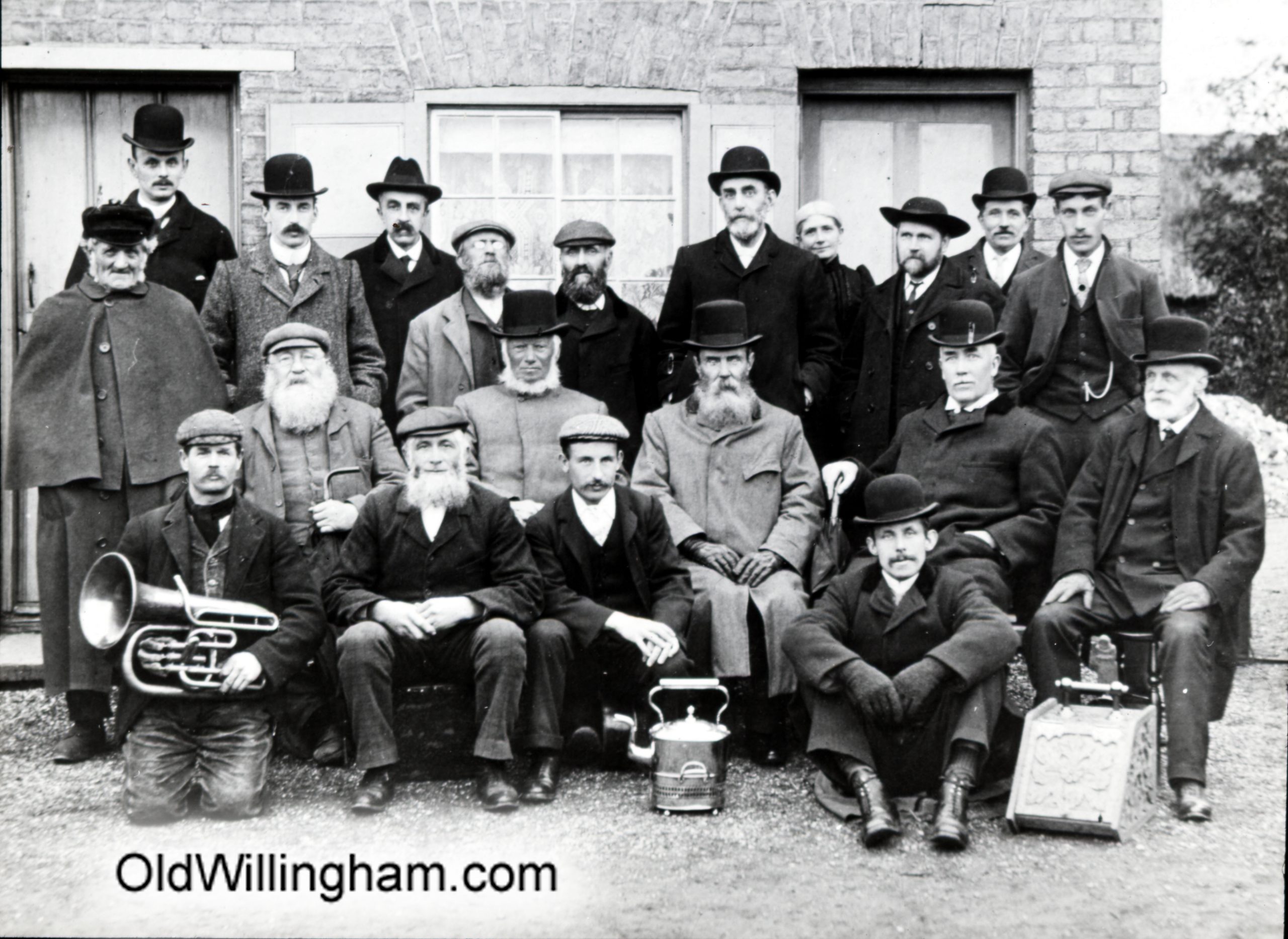 Last Month Alan Fawcitt’s history piece talked about the “dissenters” who broke from the Church of England to form other churches in the village. Things came to a head in the 1800’s over two issues: cemetery and school. The dissenters did not want to be buried in the churchyard so a new public cemetery was created. Also, they did not want their children taught by the C of E Curate, as hitherto, and this led to the formation of the British School on Fen End. These changes came about through the activities of a strong-minded group who actually called themselves the “Dissenters” and this photo is the motley crew around 1900. Things to notice: (1) This is a cross-class group as evidenced by all the different hats from caps to bowlers. (2) It is all men although there is one woman standing behind the back row peeping over. (3) There are three objects at the front: left is a brass wind instrument (euphonium), middle is sort of kettle and right is a highly carved box with a foot rest on top. Clearly these do not appear by accident and were symbols of something. Do you know what?

Note: Doreen Young told us that the carved box was a “coal box” that people kept beside the fire.