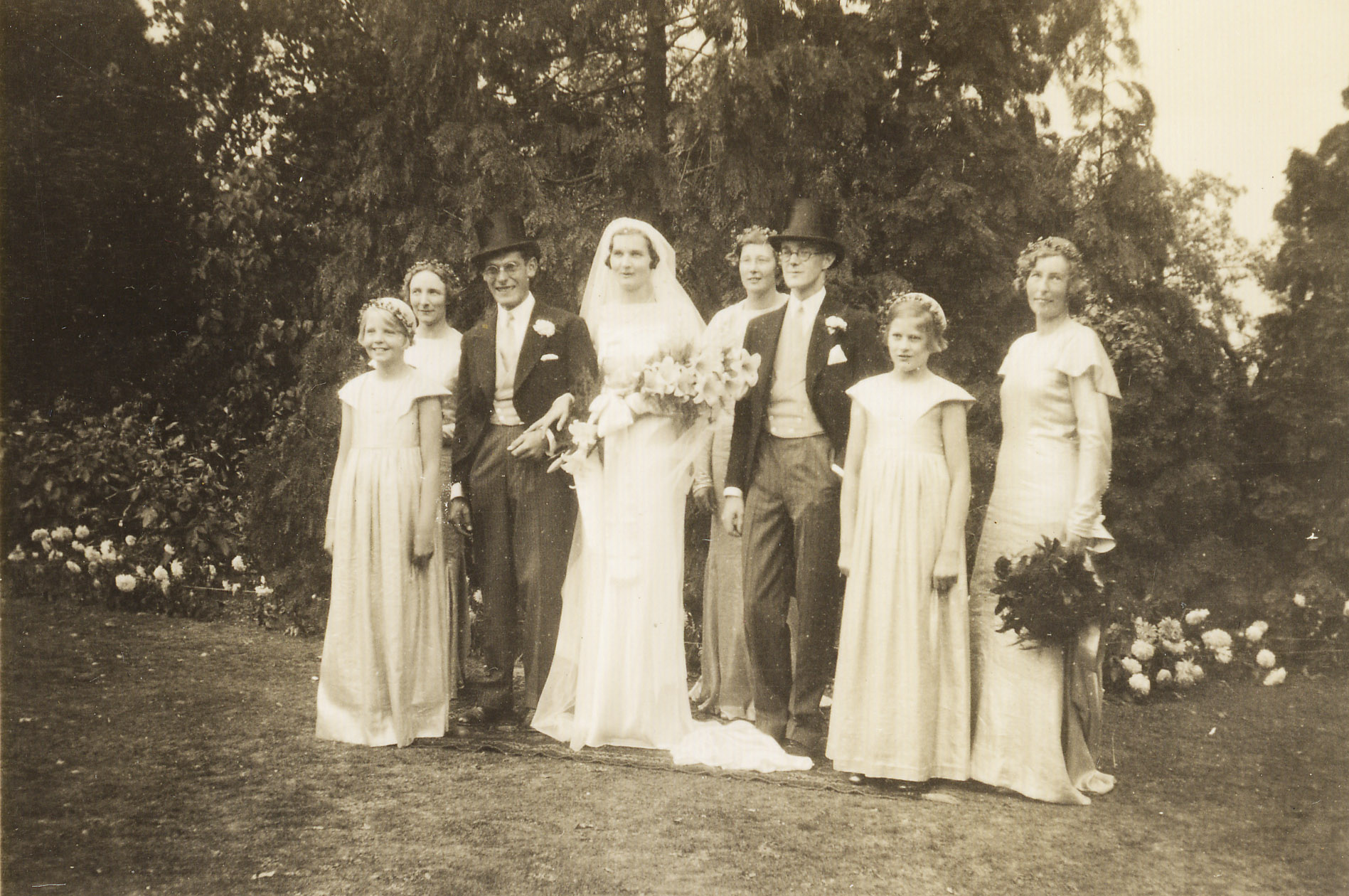 The wedding of Ruth Cane to James Sills in about 1932 – remembered in Willingham for years as the nearest thing to a “society wedding”. Ruth’s father, Dr Cane, was the village doctor and they lived in the Limes which lies at the west end of Newington (where this picture was taken). Recently I received a memoir written by Ursula Boston (nee Cane) and written down by her daughter Kate. Ursula is the bridesmaid on the left and is now 93 years old. Of course, Ursula remembers the day and was able to tell us that the bridesmaid on the right was her cousin and that at the back was the sister of the groom. Here is an extract from her memoir: “Father was local GP and dispensed his own medicines.  Surgery in the house and folk just walked in.  People would pay with eggs, fruit, etc.  He took in maternity cases when housing unsuitable for confinement.”