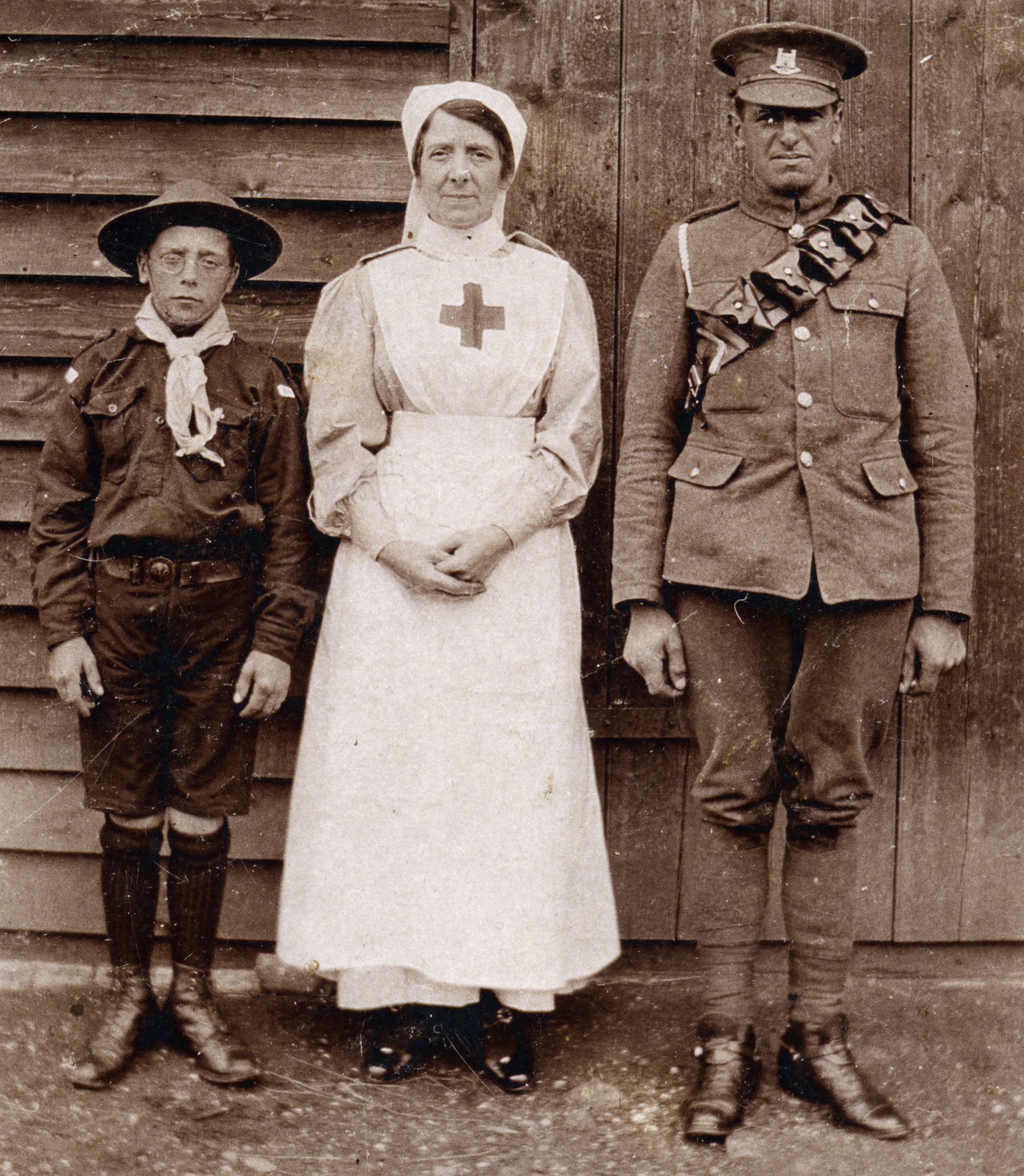 This photo seems to show a mother and her two sons outside one of the (then) three big barns in Willingham. The mother is in her VAD nurse uniform, probably working in the old church hall hospital. The boy is in his full boy-scout regalia which, considering the movement only started in 1907, makes him an early member. The cap badge the soldier suggests he is from the Suffolk Yeomanry – as were several village men. We don’t know who they are but it’s possibly the Ellwood family and this is James Ellwood aged 24. If so, the story is a sad one as listed in the news for August 1917: “The parents of James Ellwood…have now received intimation that their son was killed in action on April 23rd last. Pte Ellwood joined the Suffolk Yeomanry on Feb 29th 1916 and after leave in December last, went out to France. (Information from Alan King’s “My Village Heroes”)