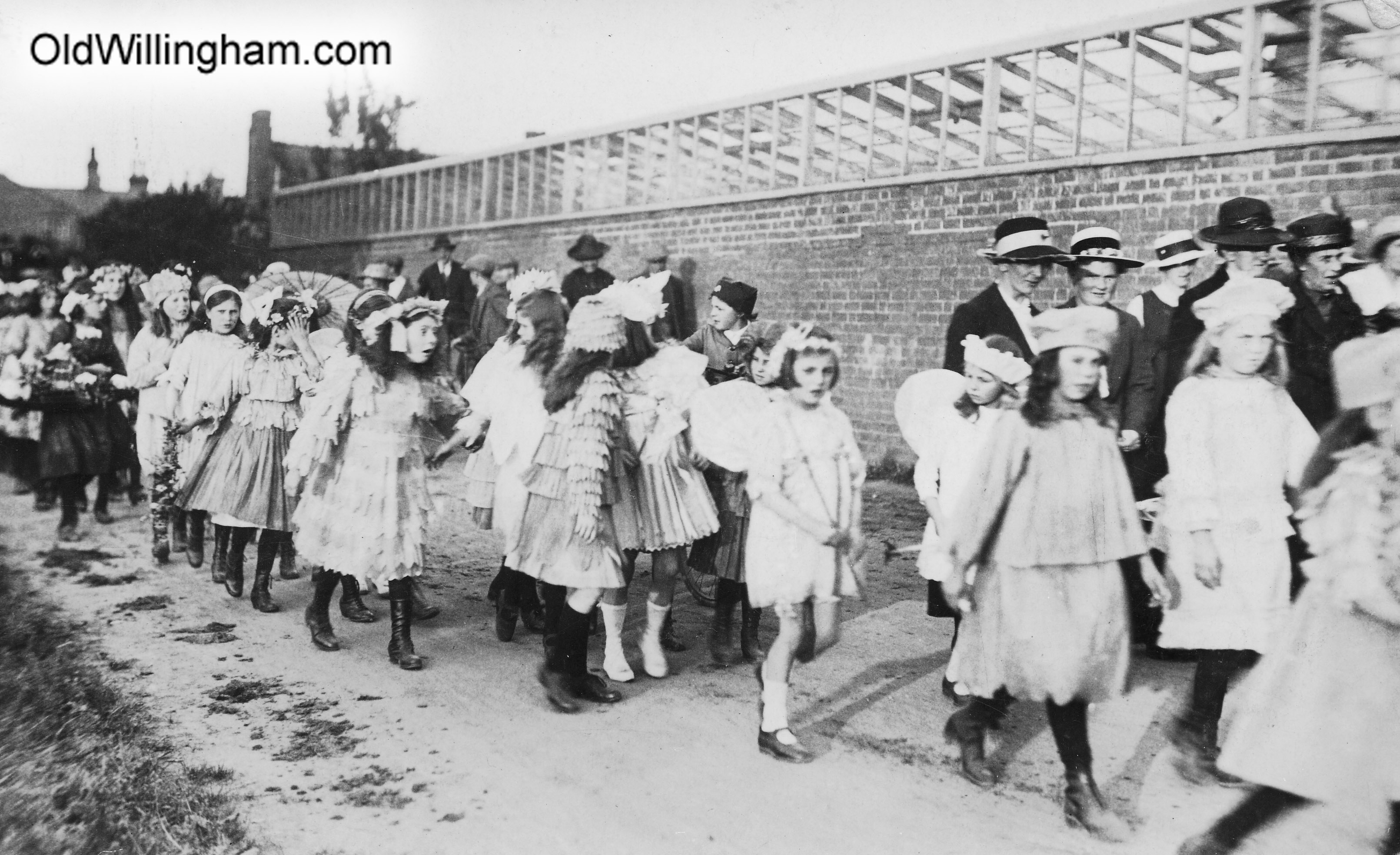 This parade is on Long Lane between the entrance to the medical centre and the school playing field. The houses in the top left are on Silver Street. The long row of windows are part of the greenhouses for Mr. Thoday’s “Willingham Vineries” which occupied a large area to the east of long lane. An article written in 1894 says: “these Willingham Vineries, a block of six span-roofed houses, 250 feet long, 14 feet high, and ranging from 18 to 22 feet wide, with yet another about 100 feet long, run across at one end, and a water-tower, packing and store-rooms, pits, frames, &c., in quantity to boot, rather astonish one.” They grew many high value crops such as peaches, nectarines and cucumbers. The article notes “not a Red Spider nor Aphid, or speck, or flaw of any sort, is visible on the splendid spread of dark green leaves.” The parade is part of the annual field day in which the whole village turned out and the picture was probably taken in the 1930’s. Note that it is just a track – no pavements or tarmac.