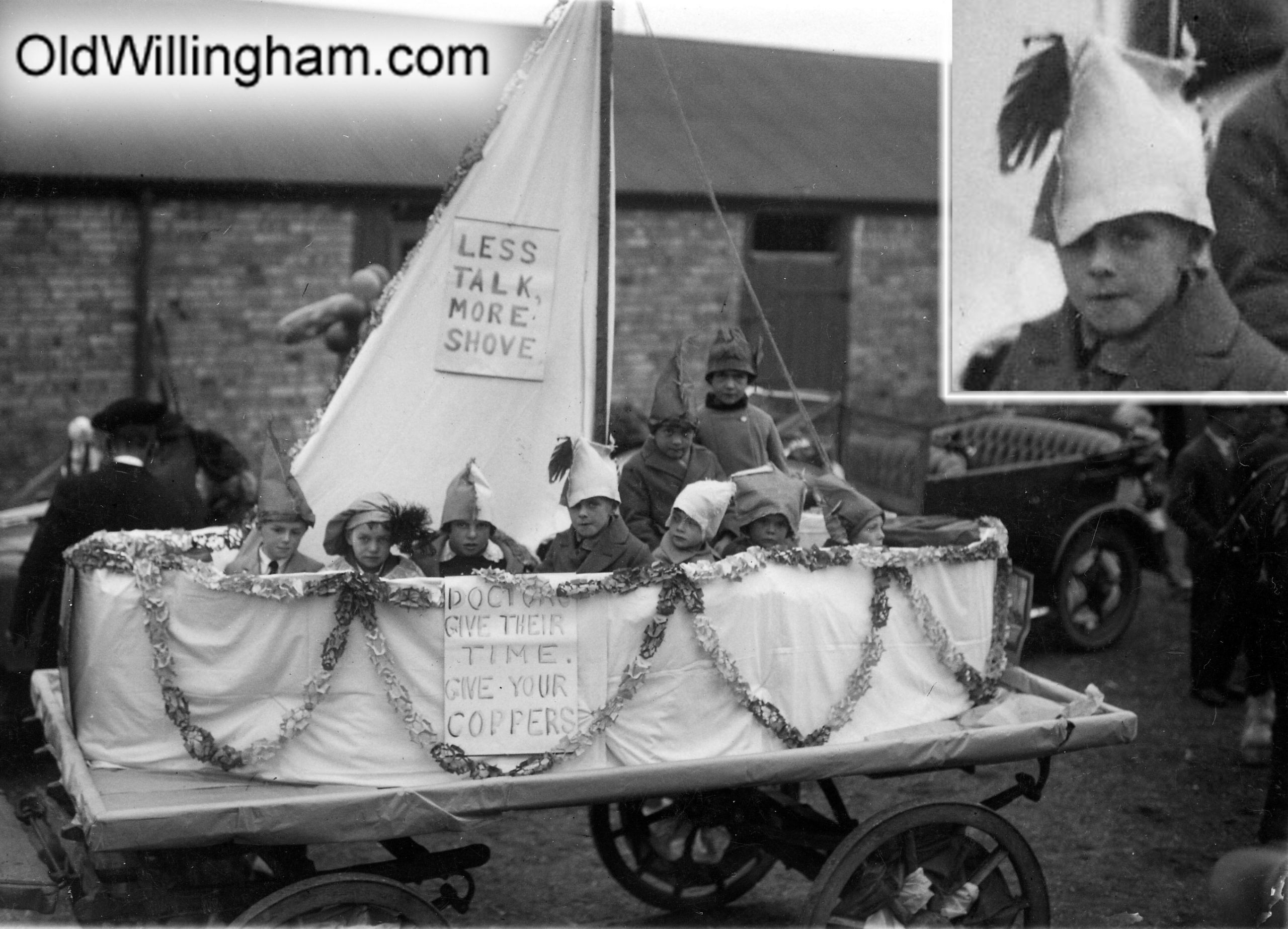 Here are nine lads ready in their make-shift boat to be part of the parade on “Hospital Sunday”, probably around 1920. In those days there was no NHS. What were everyday people to do if they needed hospital? The answer is that each village raised as much money as possible to donate to Addenbrookes who would then provide help to people who became ill or injured. A large parade would tour the village on Hospital Sunday and people were expected to donate what they could afford towards the fund. The sign on the sail says “LESS TALK MORE SHOVE” and the one on the side “DOCTORS GIVE THEIR TIME. GIVE YOUR COPPERS” Most of the boys have pointy hats with feathers as shown in the inset – not sure who they are supposed to be. Any ideas?