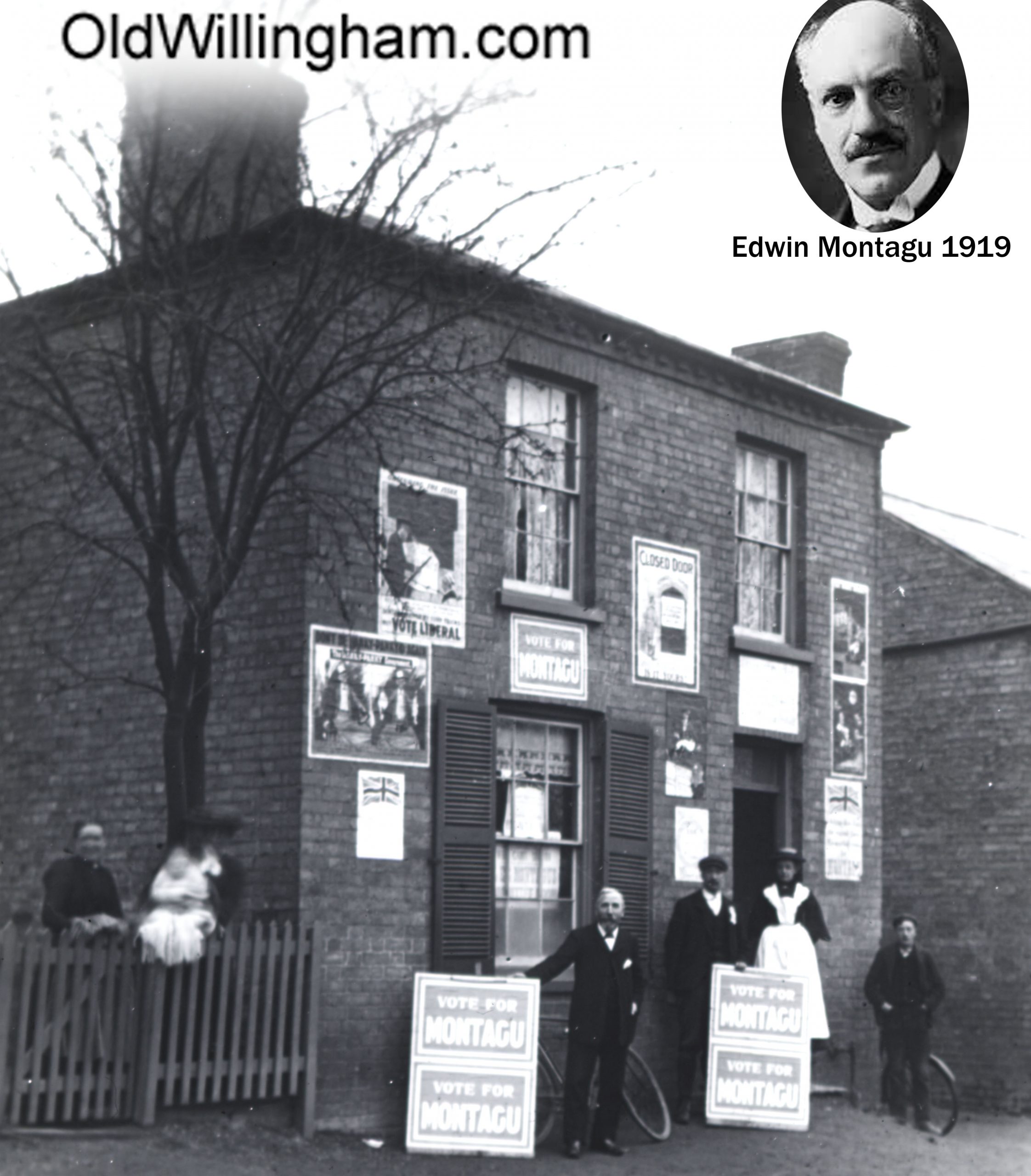 Election fever 1910. Towards the end of the 1800’s Willingham’s MP (Constituency of Chesterton) was Conservative. But in 1906 Edwin Montagu won for the Liberal party (Labour was in its infancy). This month’s picture shows 5 Church Lane bedecked with posters and placards for the Liberal candidate. Montagu rose to high levels in the government and probably didn’t take much interest in Willingham! He became Secretary of State for India and was a member of the Cabinet. Famously, he fell in love with a young woman, Venetia Stanley – but, unfortunately, so did Prime Minister Henry Herbert Asquith! This led to a difficult situation but, in the end, he won through and marred Venetia in 1915. He died in 1924.