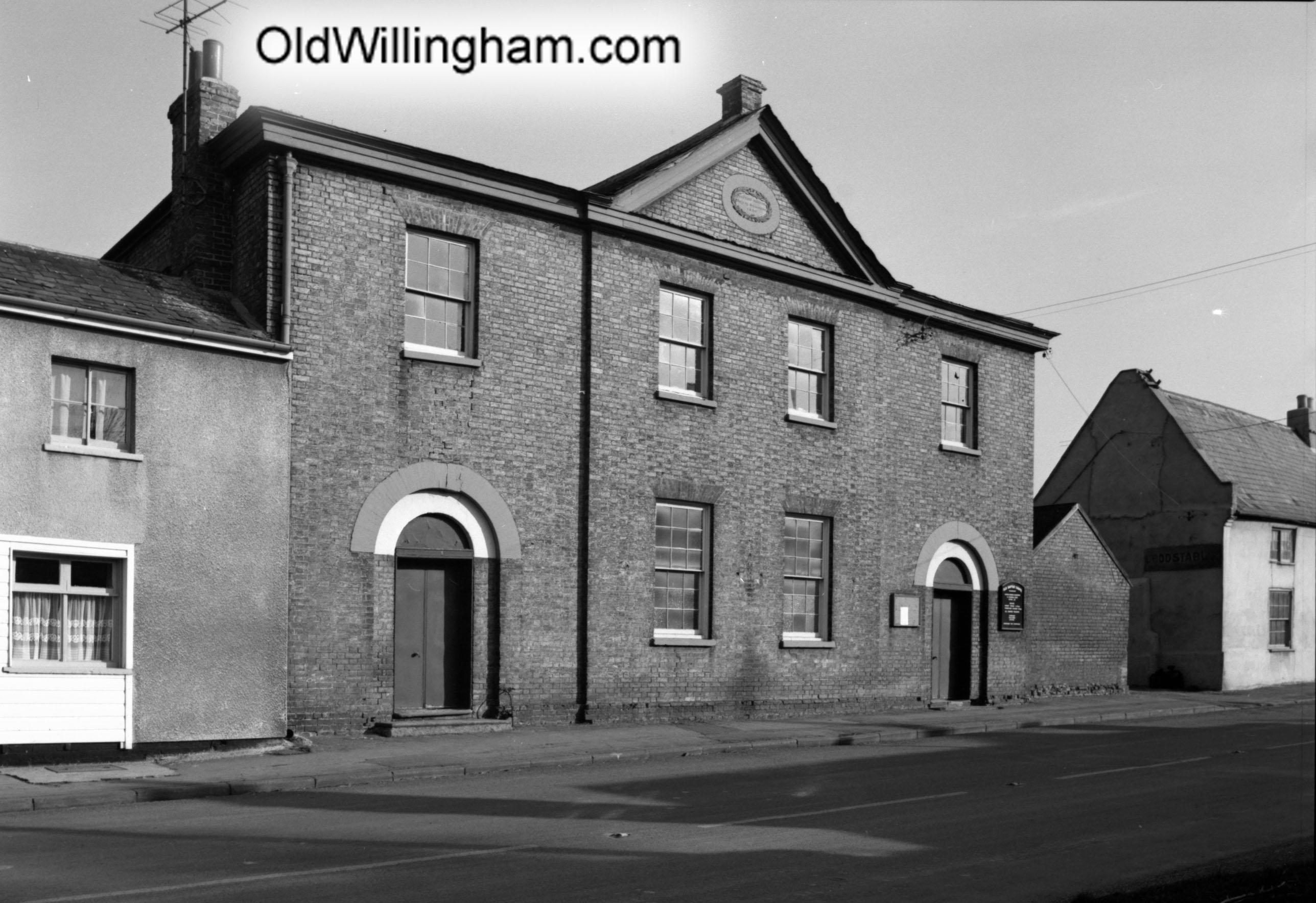 This building, on George St., was the original Baptist Chapel for the village. Willingham has a long history of “non-conformist” congregations (separate from the Parish church). In 1662 the rector of the parish church was sacked and started to form his own congregation meeting in houses and barns. This group grew and continued until, in 1714, a thatched meeting house was built on this site in George St. In 1833 this was replaced by the chapel shown in the photo. The church flourished until 1860 when a “gigantic quarrel broke out within the church”. We don’t know the reason but half the congregation left and, in 1874, built a sparkling new “Tabernacle” almost opposite on the site of the current modern Baptist church! This chapel in the photo was demolished in the 1980s. Next month we’ll see a photo from inside the building.