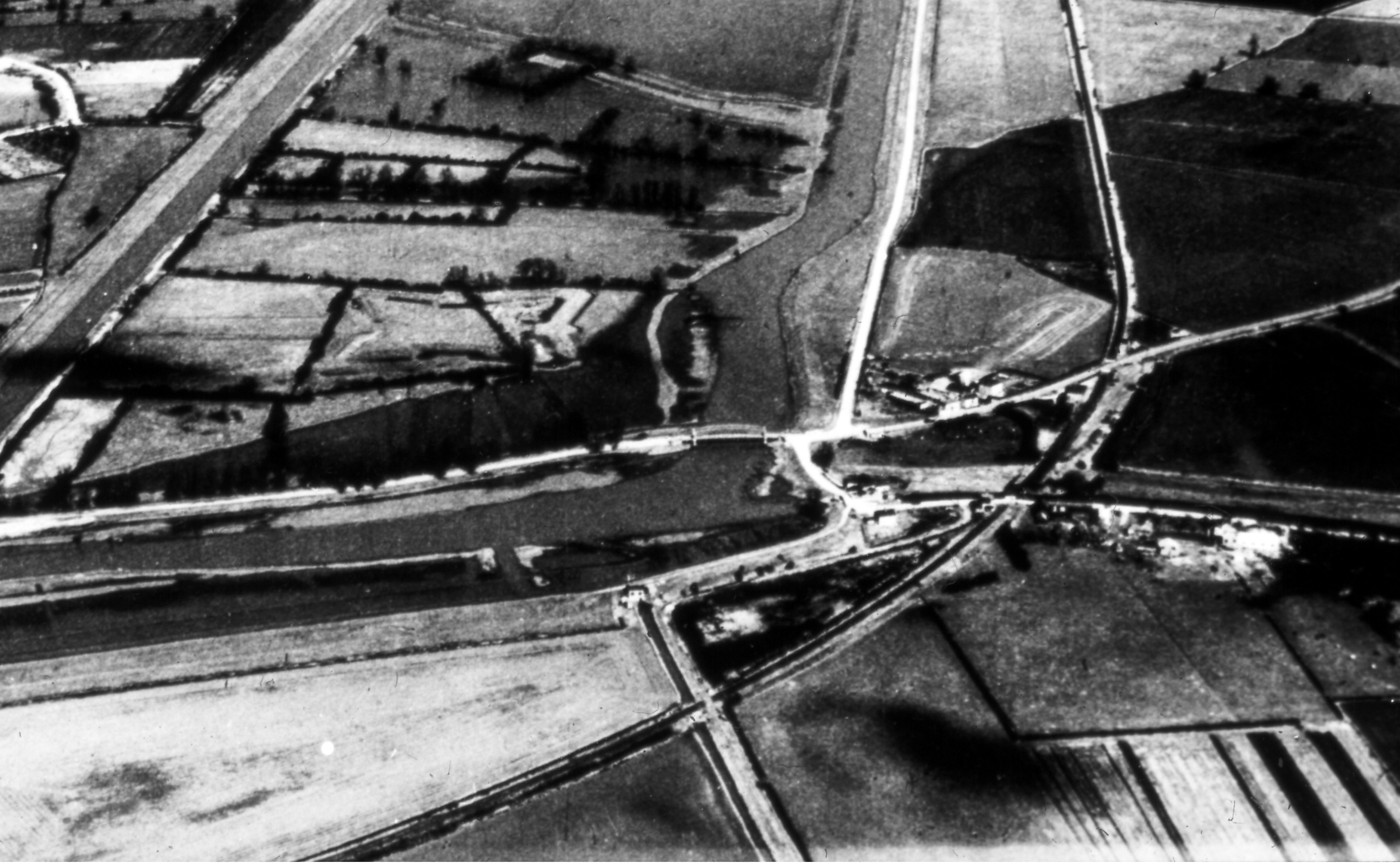 Most people know that the guided busway was built on the path of the old railway through Longstanton. But did you know that there was another railway North of the village which ran from Ely to St.Ives? It included stations at Haddenham, Sutton and Earith Bridge. This month’s photo shows an aerial view of Hermitage lock and the old Earith bridge in about 1950. You can clearly see the railway line running in from the West and then heading for Sutton. The line was single track and only a few trains ran each day. Passenger business was poor because the stations were too far from the villages and it was mostly used for goods after the 1930s. The line was closed in 1960s and almost no trace remains today. The station was roughly where the two large sheds are at the current marina. You can see more pictures at: http://www.disused-stations.org.uk/e/earith_bridge/