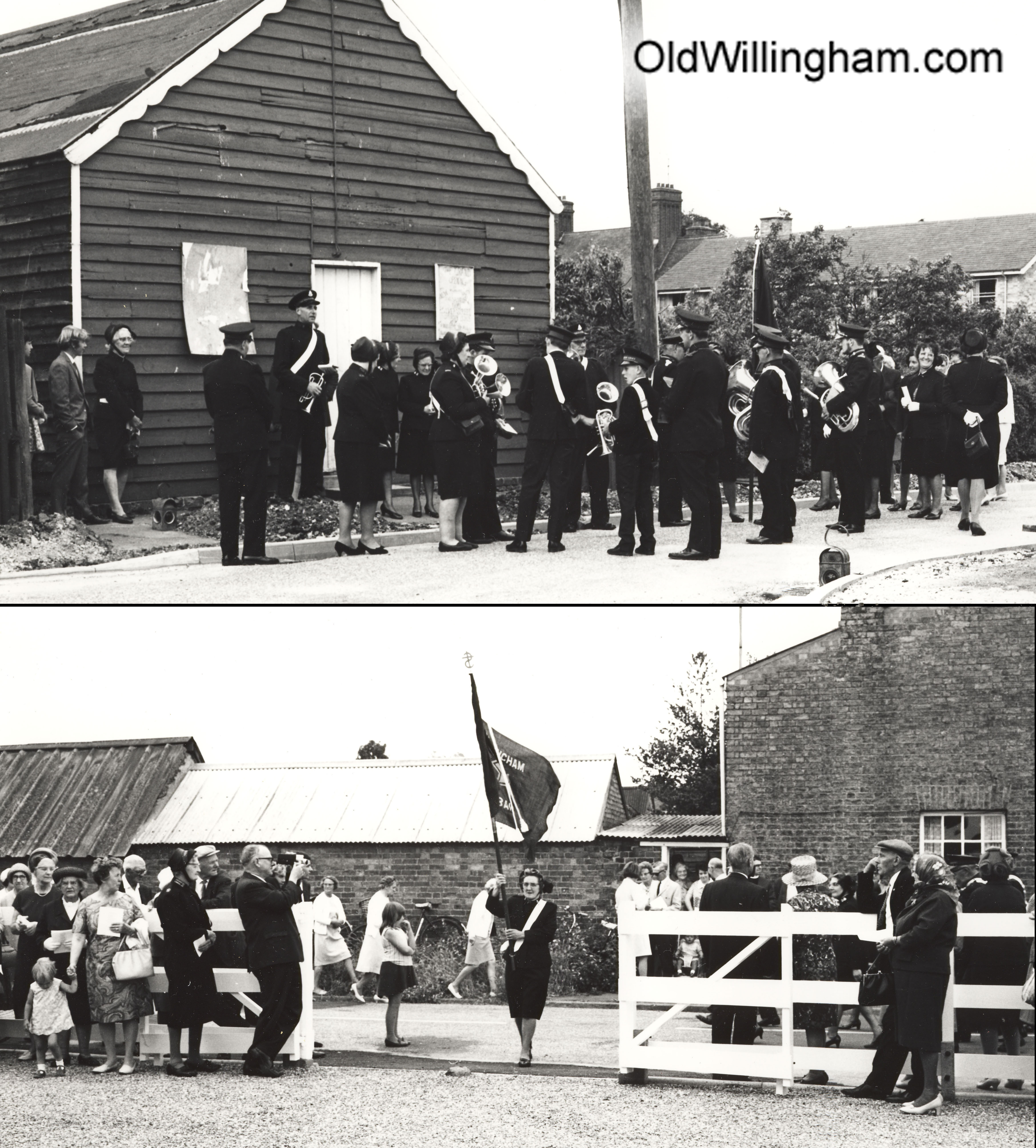 A rather poignant picture this month. It is the day the Salvation Army moved to their new hall on Silver St. Originally the Salvation Army hut was on the east side of Long Lane, opposite Short Lane. Then it moved to a larger hall on the west side. Eventually the modern new hall was built and the day of opening arrived. At the top we see the Army band assembled at the old hall, closed for the last time, and at the bottom Mrs Freda Few leads the procession into the new facility amid crowds of onlookers. It is sad that the hall has now closed but the Salvation Army continue to do wonderful work both locally and nationally.