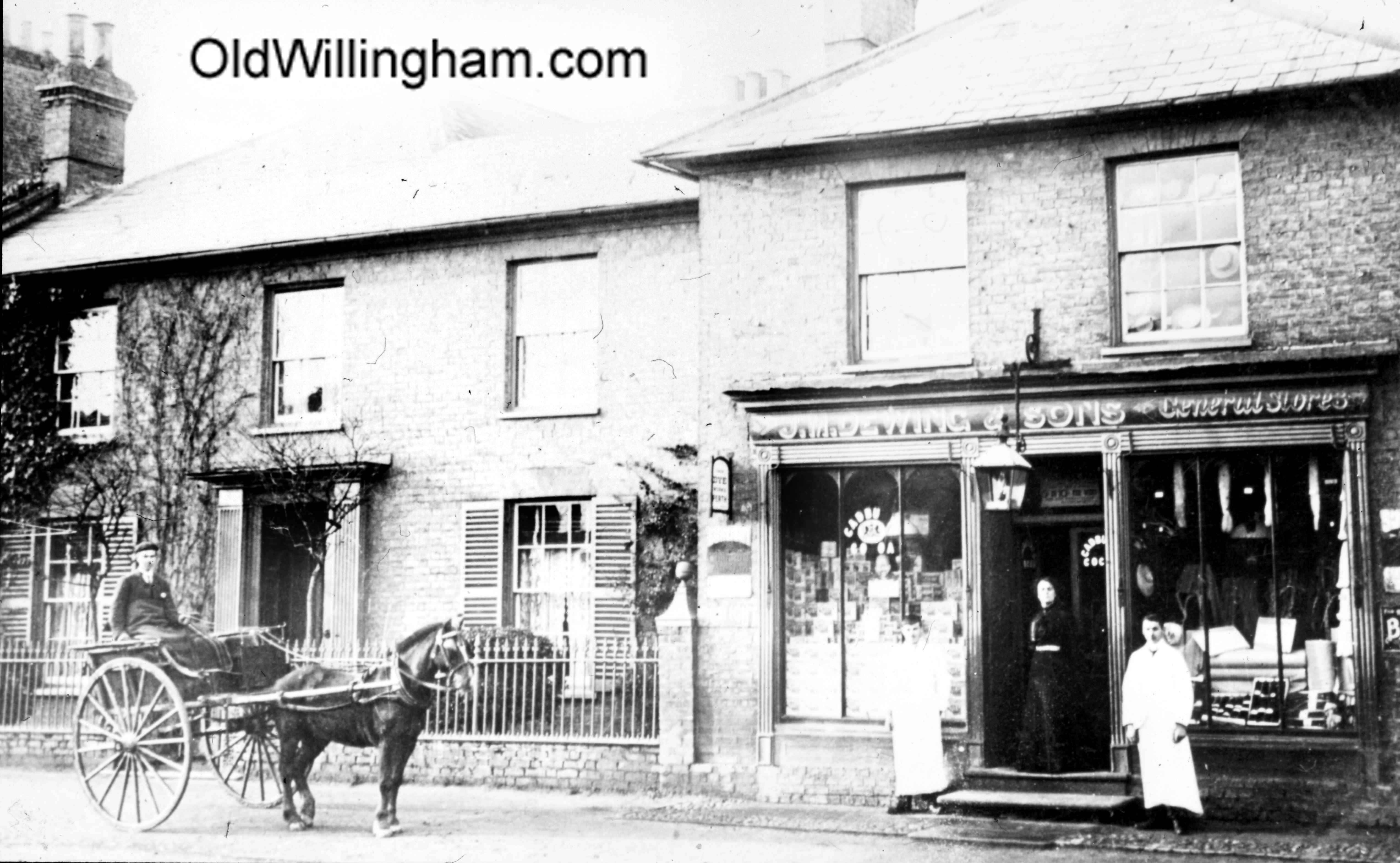 You may have noticed that the house attached to the Cooperative Stores is boarded up and undergoing repair. Stephanie Prior asked us whether there was a photo of the house and shop in its original form and fortunately we do have one photo as shown here. As can be seen the shop and house were separate originally and the house was quite grand. The shopkeeper’s name is “J.M. Dewing & Sons” but it is a woman that is standing regally in the entrance with two young shop attendants on either side – so perhaps this is Mrs Dewing? It is hard to estimate the age of this photo but most likely around 1910. After 1914 those two young men would have been at war!